We're back in the Brunelle Theater! Join us Sunday, December 12th. Digital Gatherings will continue streaming on YouTube. 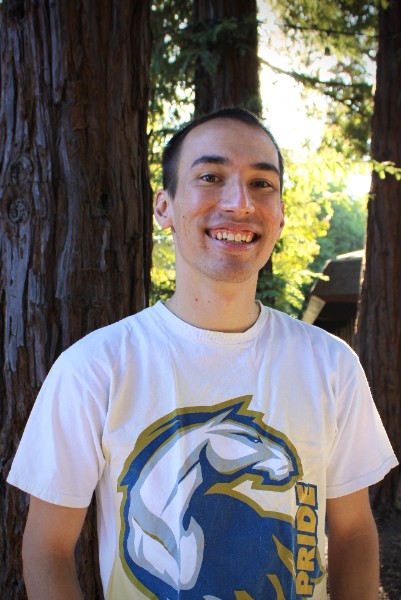 David was born the youngest of three brothers in Walnut Creek, California. He stayed in the Bay Area until he moved to Davis in 2012. He bounced around from major to major until he found Mathematics, which he plans to utilize in the future as a high school calculus teacher. When he is not solving equations, you'll often find him playing ultimate frisbee for a club, intramural, or pickup team.

From birth, David was raised in a Christian community, but he made his relationship with God his own in a turbulent time of his life in 2016. Since then, he has seen God write and re-write much of what it means to love God and love others. At Discovery, David hopes that each and every person who comes each week would experience a taste of God's love!